Can There Be A Spiritual Life Without God?

Many people lead a spiritual life but refuse to place it under the sign of faith in God, and especially the God of Christians. And that is entirely understood! Spiritual growth is not exclusive to Christians or believers. The Bible says, “The Spirit has been poured out on all flesh.” Every human being has a dimension in his life, of which he is or is not conscious, which can be described as spiritual, that is, open to the Holy Spirit. Some will never listen to this voice of the Spirit in them; others will lead a spiritual life without God … The best-known example, the most contemporary, is that of André Comte-Sponville who wrote L the spirit of atheism, for spirituality without God. It seems to reflect his own experience.

But What Is Then Called “Spiritual Life”?

It’s having the feeling, the conviction, that one is inhabited by someone other than oneself. Or at least that my daily self, conscious, is limited, and that there is in me more profound than me. And psychoanalysis has indeed confirmed that there is in me something other than what I believe. “I am another,” says Rimbaud, and this other manifests itself primarily in dreams. 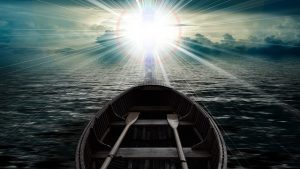 We wake up sometimes in the morning wondering where we went to get all this. And all religions have realized that the deep self, the reality of who I am, largely escapes me, and science will probably never be able to exhaust that depth. It is this particular dimension of existence that manifests itself in dreams, but also in happiness, in the joy that one can feel while listening to music, a painting … This feeling, there is no need to be a Christian to test it. There is a spiritual life for everyone.

Let’s take the example of André Comte-Sponville: what makes the difference of a Christian? I believe that the Christian spiritual experience, to express itself and to live, considers that the matrix, the model of his spiritual life, his mold, is the experience of Christ. It is the person of Christ as a man who provides his matrix for the Christian religious experience.

Do you mean to say that I who is other and who we all have in ourselves, is Christ?

Yes. When St. Paul says: “It is no longer I who live, it is Christ who lives in me,” is it a simple formula, or should we take it seriously? The Christian spiritual, who is called John of the Cross, Teresa of Avila or Ignatius Loyola, make this statement seriously. And says to himself that Christ lives in him since his baptism and that he must let him live in him.

People understand spirituality differently for some; it is connecting to a higher power while to others it is developing a[...]